In times of uncertainty I hold my breath. Figuratively of course, otherwise I would have passed out long ago. And for the past three days I found myself in between exhales.

I started figuratively holding my breath a few weeks ago when my period came and went with minimal fanfare. Heavier than usual but still in the relatively predictable range. And then the spotting started. Random.

Perhaps if this hadn’t been preceded by heavier and heavier periods, I would have ignored it.

Perhaps if I hadn’t spent four years, one month and nine days taking Tamoxifen, I would have ignored it.

Perhaps, and mostly likely, if I erased the last several years from my knowledge base, I would have thought this in-between bleeding was annoying at most. A precursor to an early menopause perhaps.

Living it and learning about it. Losing friends to it. Trying to change the way we treat it and Learning about the drugs that keep cancer away and simultaneously elevate one’s risk of endometrial cancer.

And so, denial by the wayside, I penned an electronic missive to my doc with all the details.

I expected a response to the effect of, “Welcome to your forties, this is totally normal.”

Instead I received, “I recommend we do an endometrial biopsy.”

And the breath holding began in earnest. 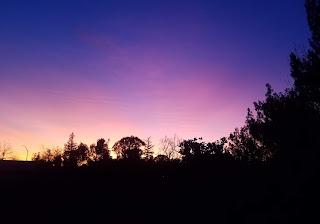 Thankfully when I finally decide to address an issue*, I do it as swiftly as possible so the appointment was a mere 24 hours after my note to my doc.

In the morning when my husband asked me what was on my agenda, I came clean. In steps.

“I have a doctor’s appointment.”
{pause}
“My annual. Well, sort of my annual.”
{pause}
“Well an endometrial biopsy.”

And then the rest came tumbling out.

I hadn’t planned on hiding the appointment but I hadn’t exactly planned on sharing it either.

Two years ago I had some random pain. My oncologist recommended an ultrasound and we found some cysts. Complex cysts. We waited a few months and scanned again. That waiting was one enormous breath holding activity. And no fun for anyone.

Just last week my daughter brought up that period of time. And the fact that we were all holding our breaths.

So, two years later, when faced with a similar scenario, I made an executive decision to keep my concerns and my neuroses to myself.

Unfortunately my children are old enough to be online so putting out a blog post without sharing the reality first is a definite no-no.

This is the no-no that I would have been committing had I posted this days ago when I actually wrote it!

After a series of random texts to a dear friend, I picked up the phone and called her. We chatted for two hours about life and work and kids and then, less than an hour before my appointment I was left to my own devices sans distractions.

I sent a quick email to my BAYS community with little detail but with a humble request to direct some good juju my way if they could spare the energy. By the time I checked into the appointment, my inbox was filled with good momo, virtual embraces and love.

For those of you who are reading this post looking for the 411 on an endometrial biopsy, you will be disappointed. Procedures are different for each person so I’ve no interest in either scaring someone or alternately underselling the experience. Bottomline? I showed up. (I did rate my visit tho...)

And was able to exhale with, “At least I’m addressing it. Whatever ‘it’ is.”

My doc was clear that results could take ‘up to a week’ so I was preparing myself and my shallow breathing for the next week until I get the “everything looks normal but it’s great you came in” email.
Essentially, I was “in between exhales.” A phrase that I feel sums up much of cancer survivorship.

And just about five minutes ago, I received notification of an electronic message. The notification actually felt like the precursor to good news because I know he would have called if something had been amiss.

“Your recent endometrial biopsy on 2/12/2019 did not reveal any worrisome abnormality.”

And, despite the fact weird things are going on, I’ve now had a full body exhale.

Because, whatever it is, it’s not cancer.