From Coffee to Cancer: Stacey's Bio


Despite maintaining a healthy diet and active lifestyle, Stacey was diagnosed with breast cancer on May 30, 2013, just six weeks after celebrating her 40th birthday and four months after her mother's breast cancer diagnosis. 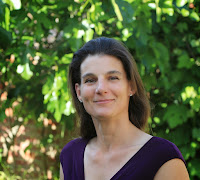 Despite giving birth before age 30; despite nursing her two children; despite a diet rich in blueberries; despite being an avid runner and cyclist and despite a lifetime of following the myriad of published “cancer prevention” techniques, she underwent a single mastectomy and sentinel node biopsy on June 17, 2013.

Outspoken by nature, and having borne witness to both the short and longer term complications and side effects associated with chemotherapy, Stacey was adamant in avoiding a scattershot, one-size-fits-all treatment approach and pushed for both genomic and genetic testing.

On January 17, 2014 she had her second breast removed and began the long and still unfinished process of bilateral reconstruction. She takes Tamoxifen twice a day and refers to the anti-estrogen and the accompanying side effects as her 'safety net made of razor wire'.

Since her diagnosis and treatment, Stacey has become a vocal advocate for patient engagement and empowerment via collaborative education and community building. Stacey attended the inaugural RWJF's FlipTheClinic event and kicked off the global #IWishMyDoc / #IWishMyPatient campaign in February 2015. And in November 2015, she was invited as a member of faculty for the inaugural FlipTheClinic Summit.

Stacey has appeared as a guest blogger at CancerGeek, GrayConnections, Death with Dignity, EMR & EHR forum and has moderated several Tweet chats on the subject of patient empowerment and raising health literate and patient-empowered teens. And, in July 2015, she was invited to participate in the President's Cancer Panel workshop on The Connected Cancer Patient:
Vision for the Future and Recommendations for Action.

After a career in instructional design, training and communications, Stacey leveraged her passion for education to create and offer curriculum for newly diagnosed patients and survivors in her community and continues to support others in finding their 'outside voice' during times of both wellness and illness.

She openly shares the clinical and emotional details of her treatment and survivorship in the hopes that, as knowledge breeds understanding and empathy, we can collectively transform the system to meet the clinical and holistic needs of both patients and providers.


My story covered by others:

Beyond BRCA: Testing negative and living in the 'gray zone' for cancer risk - 2016

Turning a Tough Diagnosis into a Campaign for Positive Change - 2015