The “Magic” of Camp Kesem

Camp Kesem is a network of camps for children affected by a parent’s cancer.

And, let’s be honest, every child is affected by a parent’s cancer.

The camp is 100% funded through donations, grants and all-scale fundraisers making it free of cost to participants. Kesem means ‘magic’ in Hebrew and, now that my children have attended and returned from camp, I can only nod wildly in agreement with the idea that this camp is indeed magical. Camp Kesem is not designed as a cancer camp. The camp is actually focused on typical summer camp adventure, fun and frolic yet brings together a unique peer group and provides the opportunity for deep connections. After five days, both my children returned healthy, happy and transformed in some very specific ways. 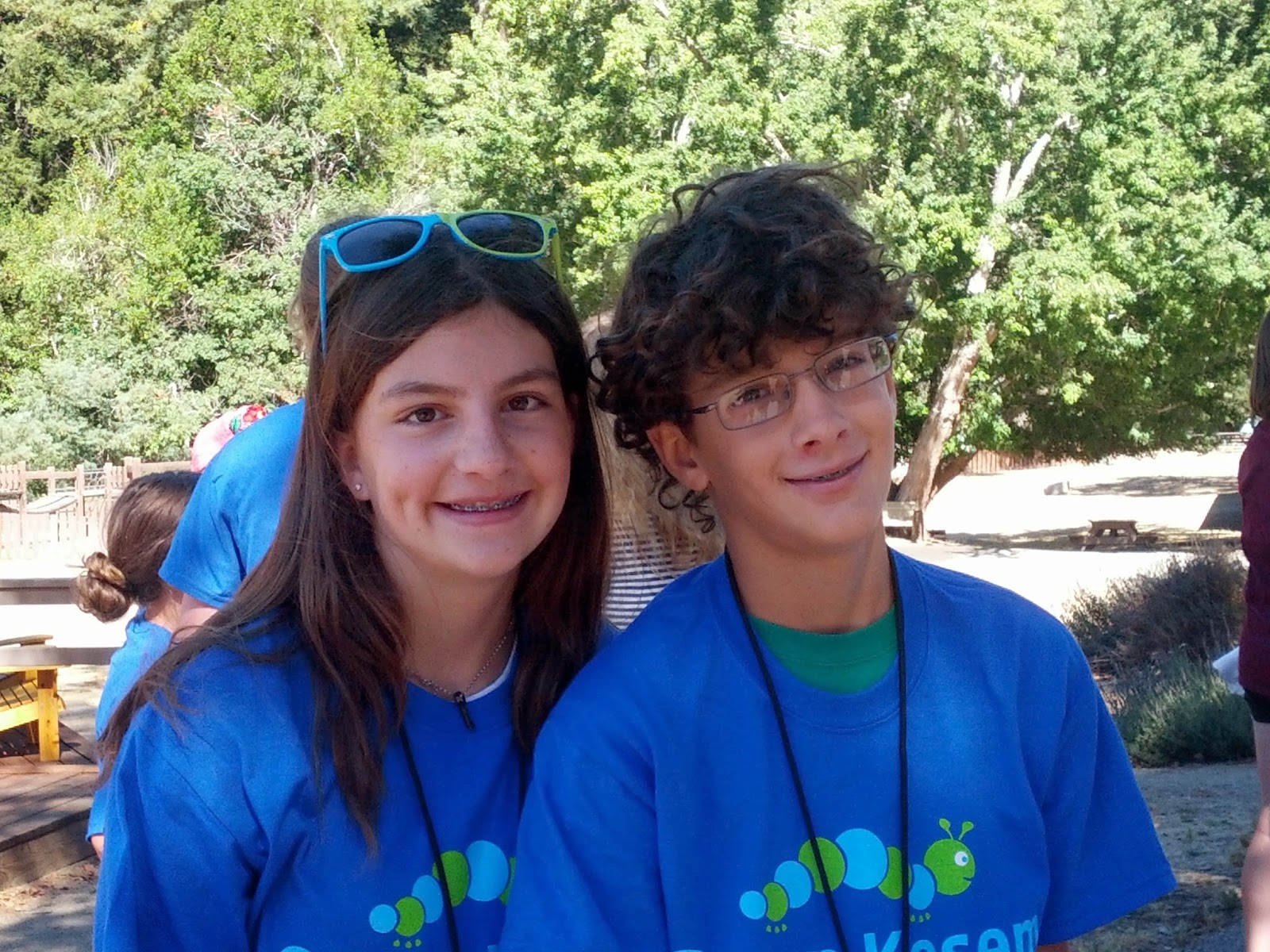 Prior to camp, I thought my children were all cancer-talked out.

When I was diagnosed with breast cancer in May 2013, there was no possibility that we would hide anything from the kids.

After my diagnosis and an honest conversation about fears, we made one family rule, Brandon and I would share everything with the kids but I needed to make sure I had come to terms with it first. We have operated pretty successfully in this manner for the past 15 months.

When I registered the kids for camp eight months ago, I was mentally preparing for yet another surgery. Most of our family dynamic still involved daily conversation about my breasts or my doctor appointments. Or Grammy’s chemo. Or Cheryl’s death. By the time this summer rolled around, I thought my children were all cancer-talked out but I still wanted them to experience the freedom to discuss and process cancer and the effects of the last year on their own terms, with support.

So off they went to Camp Kesem.

Regardless of how open and honest we are with our children - we aren’t kids. Children don’t have the same world perspective, the same fears or even the ability to process emotions based on decades of life experience. And the moment I was diagnosed, both children stepped into a role of trying to protect me from their own fears and feelings. I didn’t know if they’d share anything at camp, but I wanted them to have the option and the opportunity.

The intimate details of Camp Kesem SCU’s inaugural year is not my story to tell. I wasn’t there – THAT is part of the magic!

Yet I have listened intently to their retelling of “amazing” food, fencing adventures, card tricks, silly skits, uphill-both-ways-hiking, teeny rock walls and swimming pool extravaganzas. Evidently both children took leadership roles, learned new skills and made new friends. I was told that my son "Bacon" filed a formal petition to change the name of "Karl the Caterpillar" to Dave. And I was told my daughter "Jelly" formally requested that Administration “extend camp another four days.” They were obviously feeling comfortable and having fun!

And I have also listened intently to the description of late night cabin chats that took decidedly different turns for both my son and my daughter. Our son came home and proceeded to regale us with new jokes and a handful of magic tricks learned from a fellow camper during the before bed conversations. Our daughter returned home with pages full of email addresses, journal notes and a visibly relaxed demeanor, which looks fabulous on her uber-mature personality.

Our kids were not steeped in cancer talk for five days; they were steeped in support. Over the past week, they each found the strength and courage to ask for what they needed and give back what they could.
They forged unique relationships with new friends and strengthened friendships that actually existed long before cancer or Camp Kesem came into their young lives.

Before camp, our children processed their anger toward cancer and their fear and frustration together. And yet they dealt with their feelings very differently. Our daughter put on a brave face; she soothed all of us and outwardly focused on the positive. Our son asked a lot of questions and processed on what felt like a very intellectual and very unemotional level.

Camp Kesem cabin chats became a catalyst for them to explore valid emotions they’d hidden from me and possibly themselves. And, for them, the Empowerment Ceremony became an opportunity for them to not only feel, but to share (and in some cases let go of) those emotions.

In the few days since their return, they’ve mentioned going back next year more than a dozen times.

Last summer we were deep in CancerLand. This summer is so very different. Camp was fun, camp was restorative and camp was all about them.

When I arrived to pick them up, all of the kids and counselors were just getting into a circle. They all locked arms and sang “Stand By Me” while swaying together: 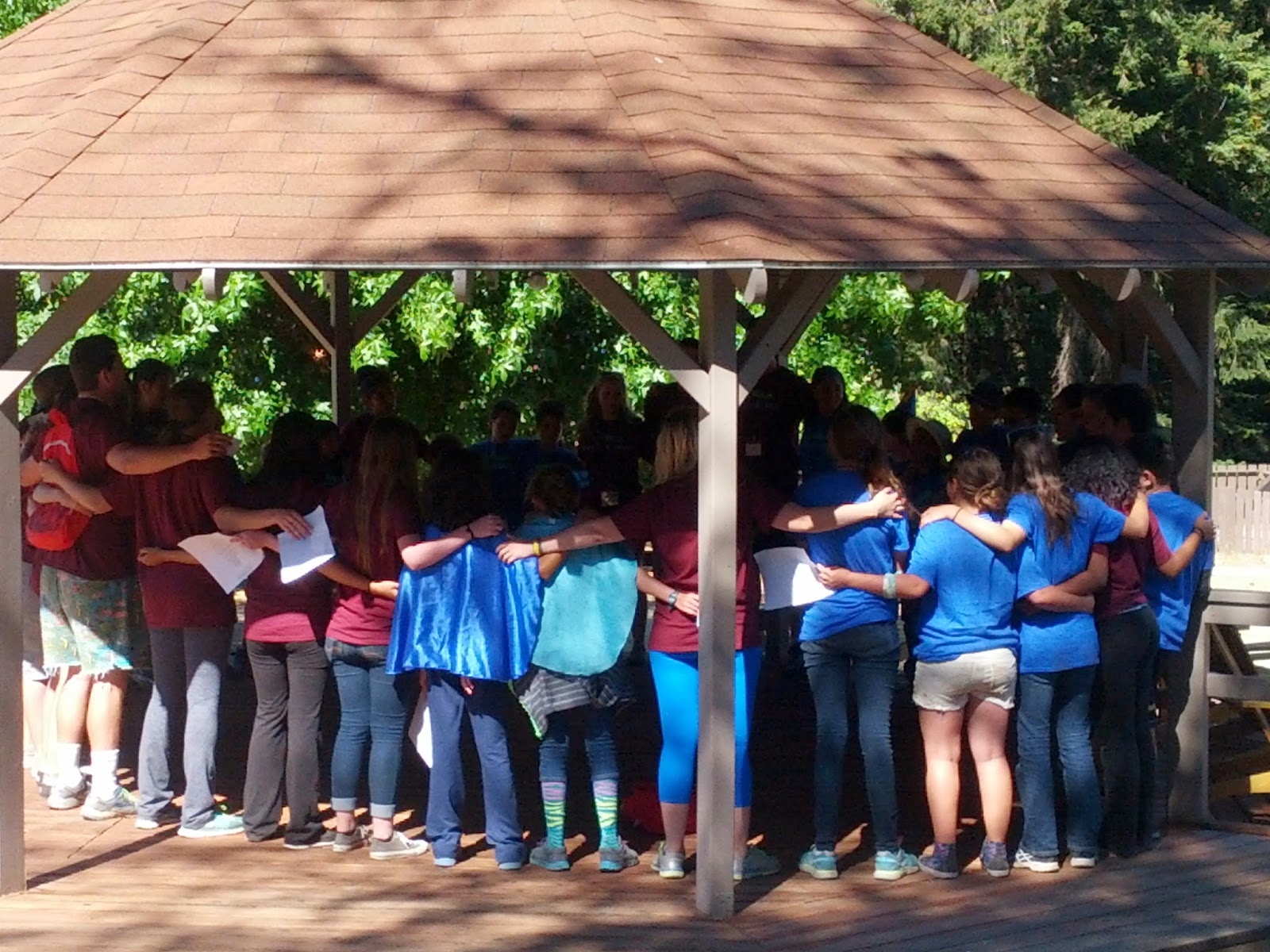 There are days I do not want to be known as a cancer ANYTHING: caregiver, patient or survivor. And then there are days that I need to talk ad nauseum with others who understand cancer’s realistic toll and lingering emotional and physical effects. Thankfully, I have a strong support system that enables both sides of that coin.

And now my children do too.

Thank you Camp Kesem SCU for this little bit of magic. 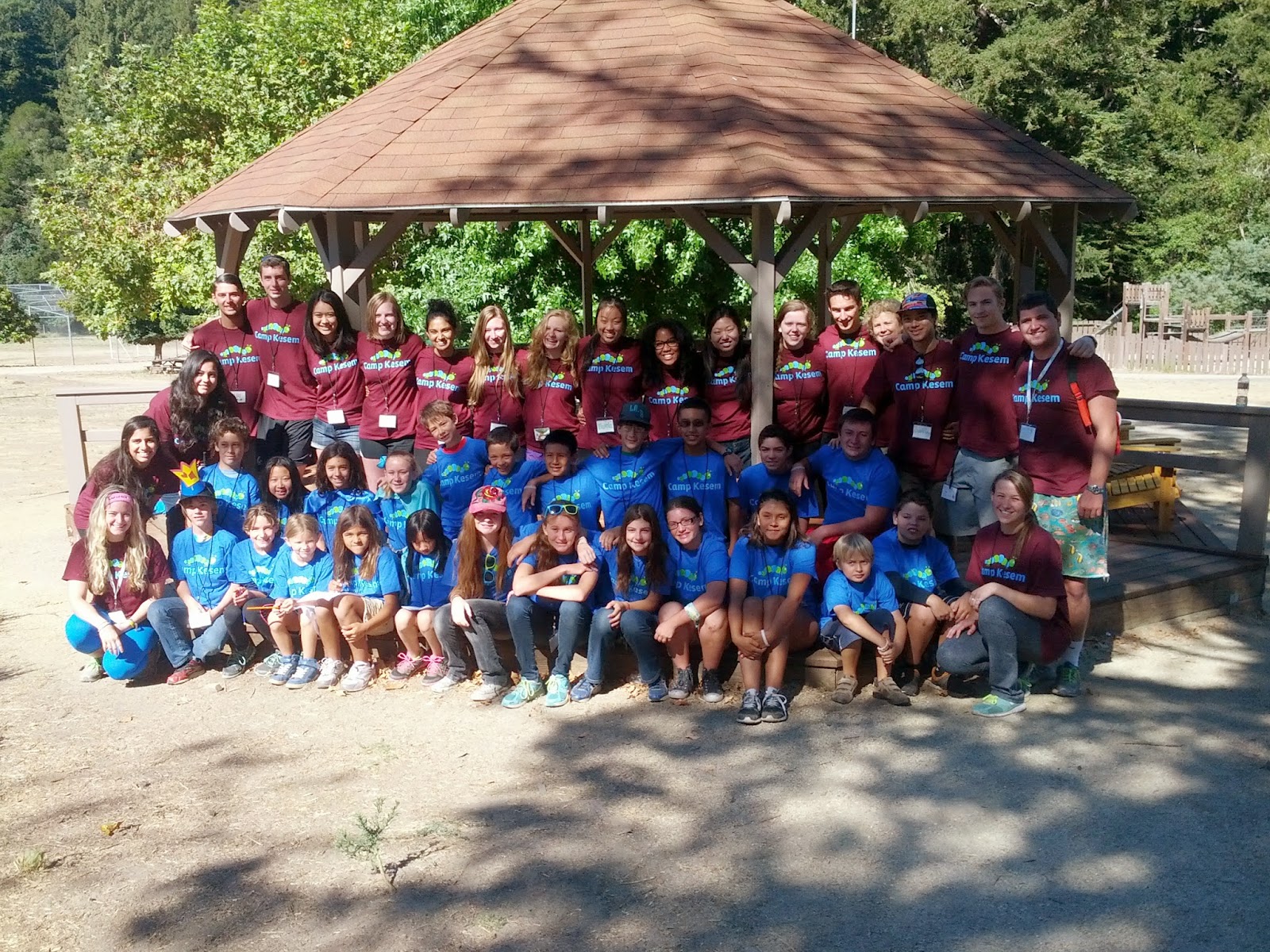 Posted by coffeemommy at 2:47 PM