On the one-year anniversary of my breast cancer diagnosis I spent the weekend with my husband in the Mojave Desert.

The trip was not a celebration of the road traveled nor was it a luxury spa weekend. My husband was a participant in the Trona 308, a 308-mile bike race from Santa Clarita, CA to Trona, CA and back.

For twenty years, my husband and I have been supporting each other in events that are best classified as ‘stupid human tricks’ but this was the first ever ultra, ultra stupid event we’d ever attempted.

The plan was for him to ride and for me to crew (drive the car the entirety of the course, leapfrogging him to provide water, ice, food, common sense advice in the wee hours of the morning and hugs).

The drive down to southern California on May 30th was filled with conversation not strictly about the ride itself but about the day. My cancerversary. Brandon had offered more than once to skip the race and commemorate the day in whatever fashion felt most restorative to me.  At my six-month anniversary we hosted a Gratitude Party  for friends and family who’d lent so much support in those early weeks and months.

I wasn’t in a celebratory mood. I was pensive.

Dates have always been important to me. I celebrate half birthdays of those I love; I remember and commemorate dates of first times and last experiences and I often inject and interpret meaning where other people find none. The months of May & June were full of anniversary minefields but the big ones were my first mammogram and ten days later when I was given my biopsy results.

Talking helped. Talking through the meaning I’d placed on those dates and talking through the memories that were invoked reminded me that I have the power to give meaning to anything. I could view May 30th as the day the world came crashing down, or conversely, I could choose remember it as the day I started my own version of an ultra-endurance event. I could also choose to celebrate that one year later, I am cancer free and physically and mentally strong.

The more we talked I realized that, one year later, I feel a bit as I imagine Dorothy may have felt wandering along the yellow brick road.

Remember the super scary forest with the mean apple trees? That was the cancer part of last year. After four surgeries and four recoveries, I’m still on that road but I’ve moved beyond the mean trees.  I can see a bit of the larger forest. Taken to injecting meaning and finding parallels where others see nothing, I then equated my sequential recovery fatigues to the sleepy field of poppies. Sleep, sleep, sleep.

Coming out of the scary forest, waking from the poppy field fugue, I am glimpsing that the bigger picture is that my life is so much bigger, broader and funner (yep, I said funner!) than just cancer and survivorship.

By the time we arrived in Santa Clarita to check in as Sanguine Octopus*, I felt celebratory. 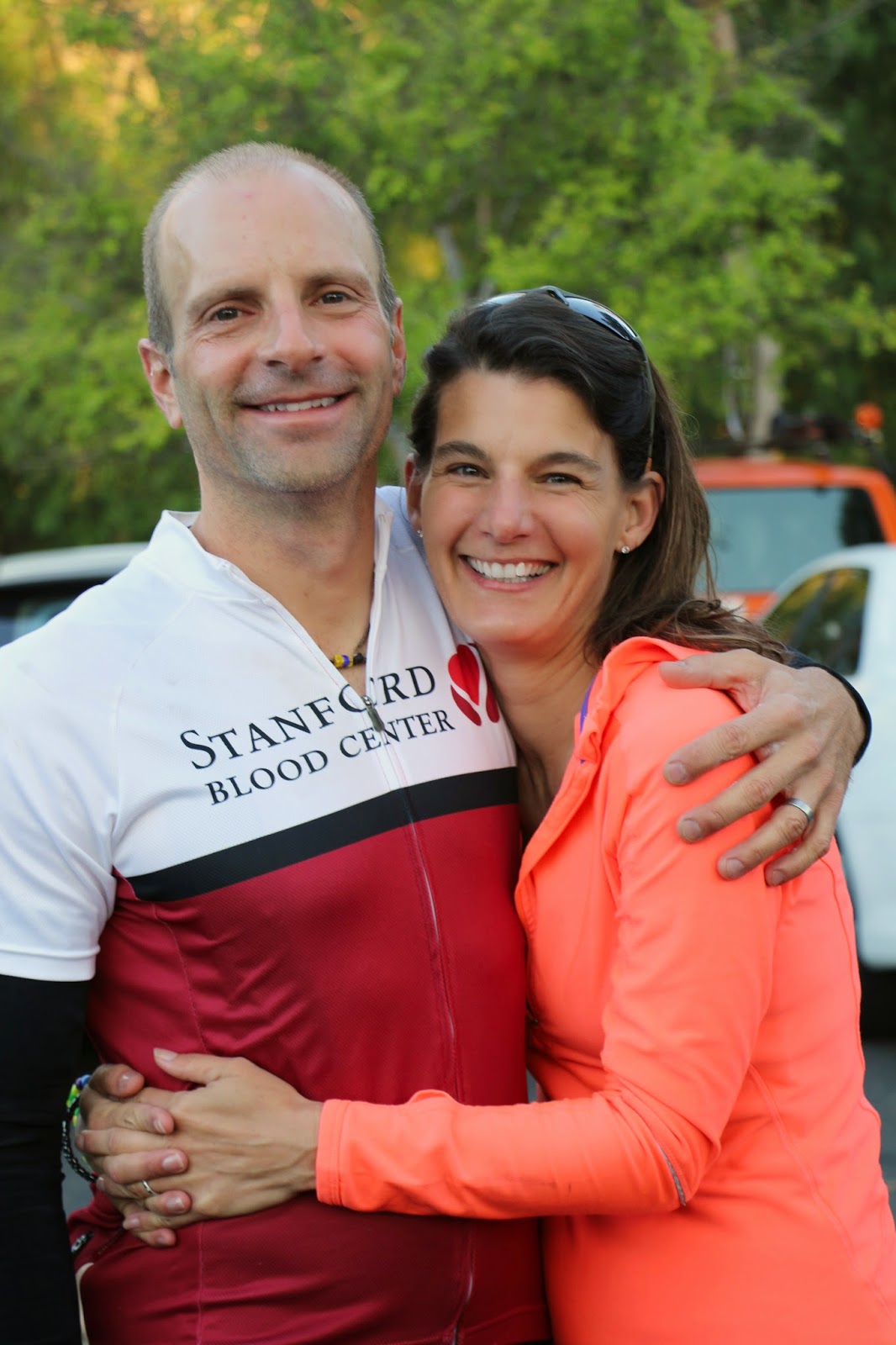 Adversity happens. It’s what you do in the face of it and the aftermath that creates your life.

At check in, I re-met George “Red-Eyed Vireo” Vargas. George and I met a year and a half ago at the Death Valley Century ride. He had had a hellacious year and I was setting out to complete my first century ride in nearly 15 years. As it so happened, I had read George’s blog the day before we headed to Death Valley for the ride. I read about his difficult year and I was suddenly inspired by all that he had, and was continuing to, overcome. Meeting him at the finish, I told him how his posts had given me the confidence boost I needed to just put myself out there after so many years. And then we lost touch.

To see him sitting there was again, an inspiration on my cancerversary. A reminder of all that we are capable of completing. I reintroduced myself and he asked where I’d been, since obviously I’d NOT been on the ultra-cycling scene. I gave him the short version of the last year, leaving out the part where my mother was diagnosed but including mine. In the time since we last spoke, George had started a cycling team and ironically, REV Endurance Cycling’s official charity is the Breast Cancer Research Fund. Also a bit ironically, George had broken his hip in January and was, once again overcoming adversity to ride the Trona as part of a 2-person team. He said it with the same nonchalance one would discuss the weather yet he was sitting there fewer than five months later as a competitor.

Indeed another slap-on-the-back-and-kick-in-the-shins reminder that adversity happens and that it’s what you do in the face of it and the aftermath that creates your life.

The next morning, as if to prove the point just one more time, the universe let the Trona 308 unfold.

This is no ordinary 300+ mile event. The course winds from Santa Clarita, through the Angeles Forest and then pushes the envelope of heat and wind through the Mojave Desert. Arriving 154 miles later at Trona in the Searles Valley, we’d managed to overcome quite a few obstacles but turning around, into the wind, to ride back is when adversity really amped up. 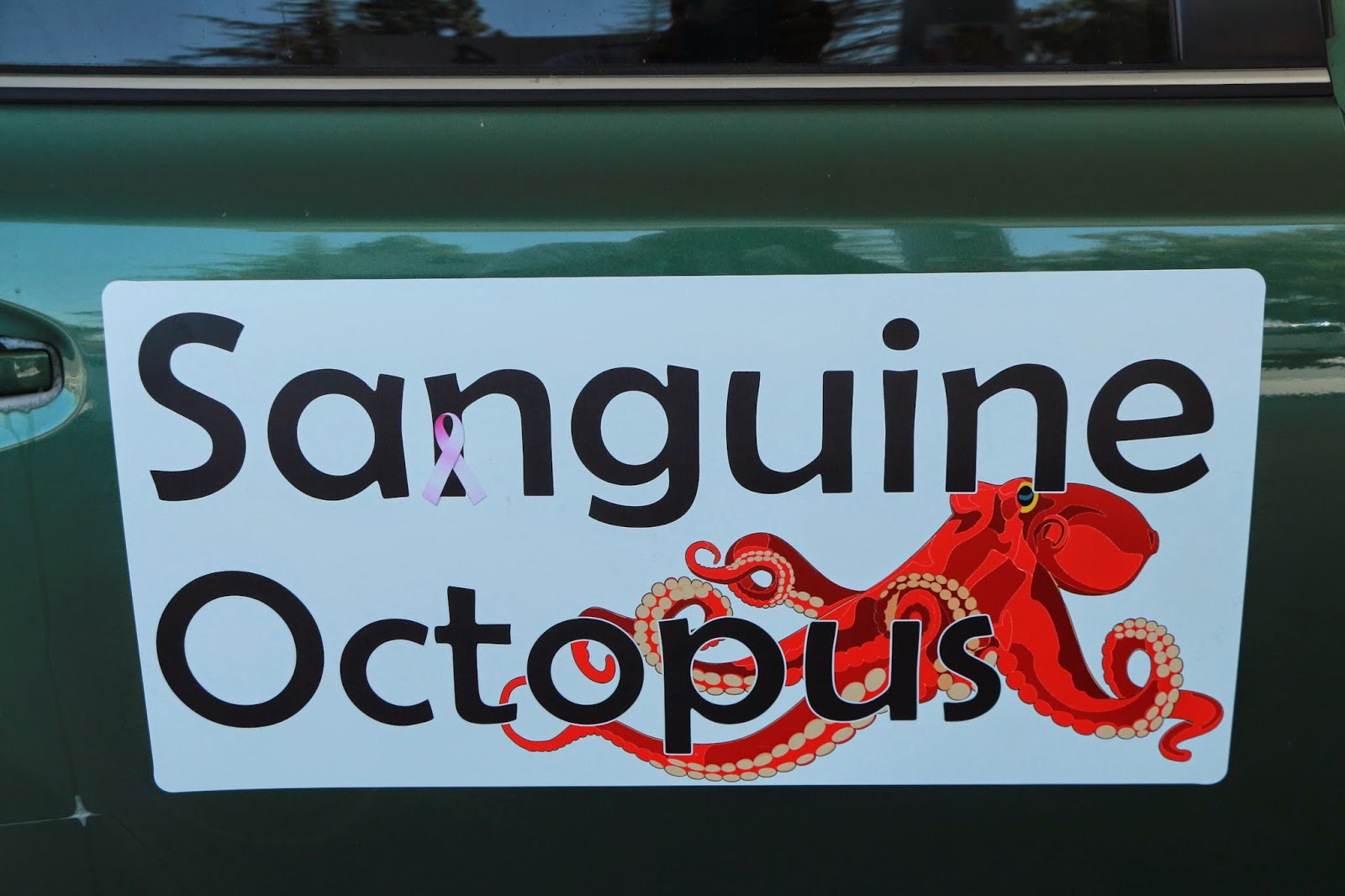 If you want to read a play by play of the ride, check out any of the Adventure Corps #trona308 riders, they all have stories to tell, but a few of the pics below give you a bit of an idea of the heat, wind and mental obstacles these riders needed to move through. 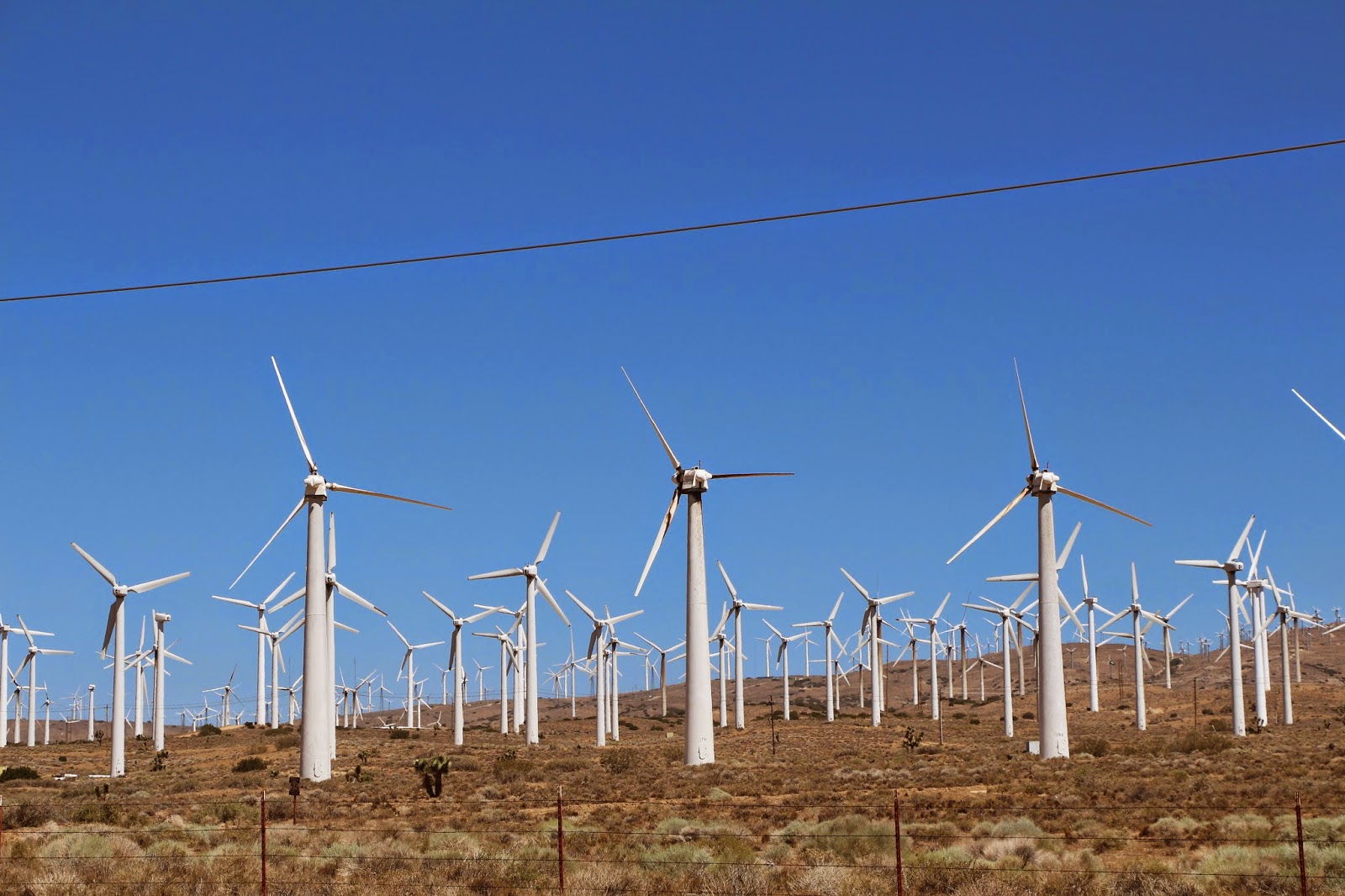 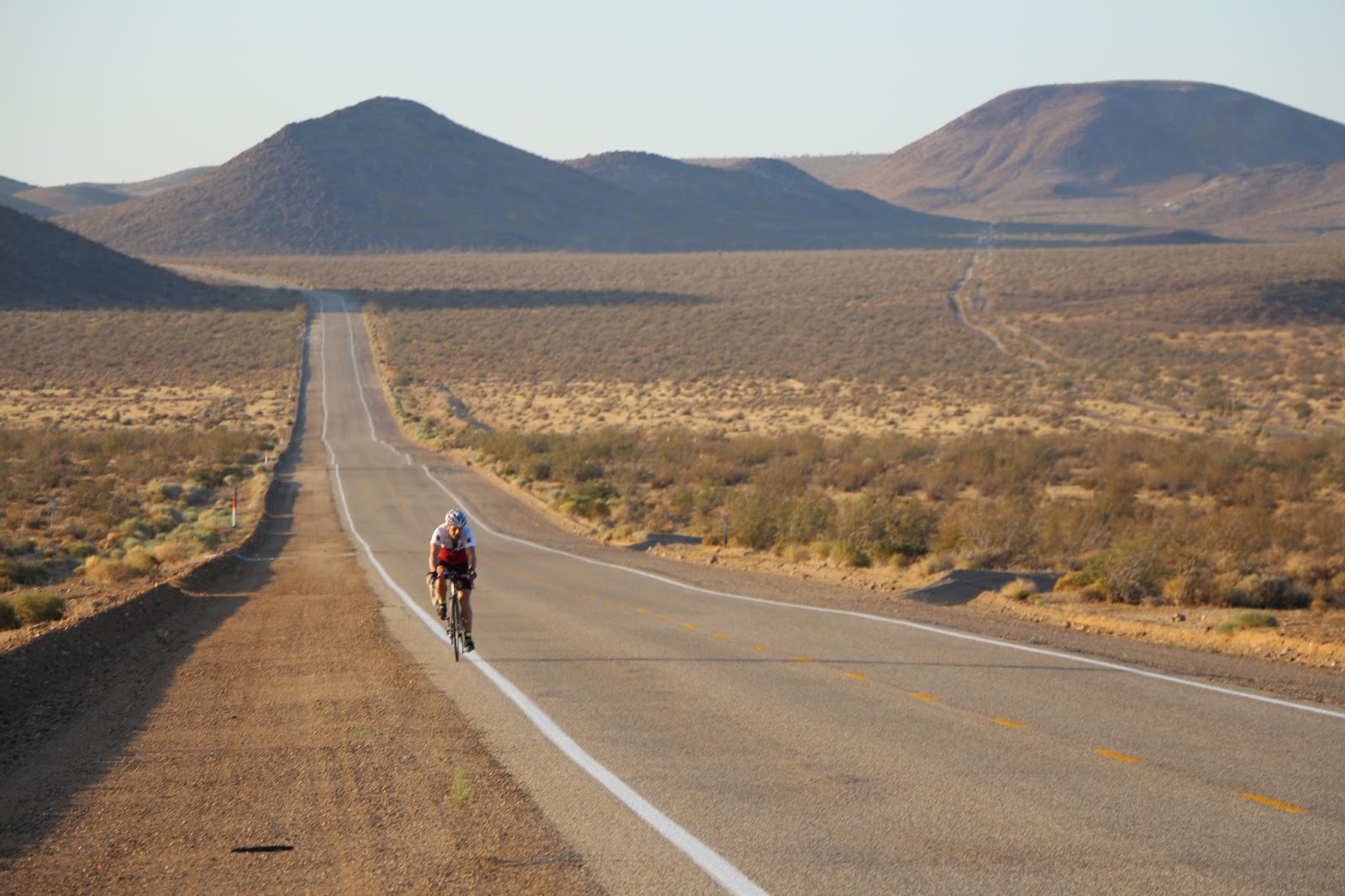 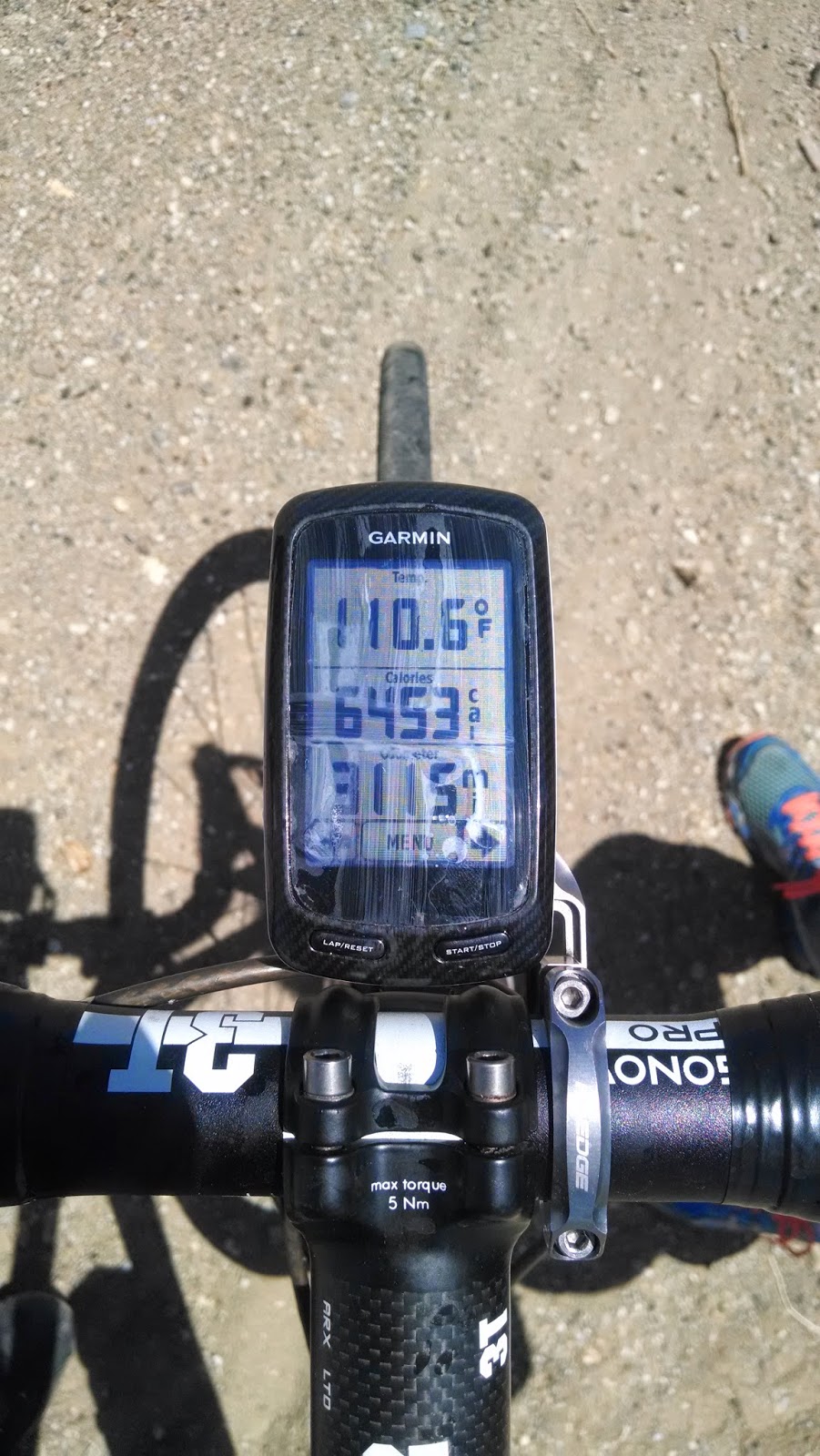 At eleven in the evening, Mark (Viszla) came into stop 6. Mark was a randonneur (unsupported rider) and I had offered him and other rando riders unsolicited support on many occasions throughout the day. While a few took me up on water and food, Viszla always smiled and said he was fine. In the final hours of the evening, with over 70 miles left to go, Vizsla looked markedly less than fine. He looked fried. He looked bummed. He had taken a wrong turn, gone several miles out of his way and was just damn tired. While I waited for my husband to arrive at the check stop, we chatted.

We chatted about this event being his first ever event. We chatted about his near death experience and how he overcame with not only a very evident personal chutzpah but also the support of loving friends. Matt’s story is not mine to tell but it is a beautiful, incredible, amazing story. I cannot tell you that sitting down and having him relive a difficult piece of his past gave him the energy to refocus and keep going (no, that was absolutely the CocaCola I gave him – ask him, he’ll tell you!) but it sure as hell inspired me.

We all left California City and dove into the wind tunnel. Eighteen miles of howling wind on Oak Creek Road took hours. Brandon was riding. I was driving, sitting, thinking. Then he’d stop. I’d feed him, hug him and send him on his way. Then I’d return to sitting and thinking.

For hours after my chat with Vizsla, during the times I sat lonely in the post-midnight desolation, I continued to look up in wonder at the vastness of the very small part of the universe I can see. I thought of all those who have come before me and will come after me. I thought of friends that have died and friends who have thus far eluded death. I thought of the scary moments of the last year and then put them into perspective with the triumphs.

At 4:00am, I met Brandon one final time at the corner of Johnson and Elizabeth Lake roads. At this point, he was riding by rote and in a zone of fatigue that left him pretty much unable to remember directions. I had met him at every turn for the last 100 miles and this was essentially the final one. 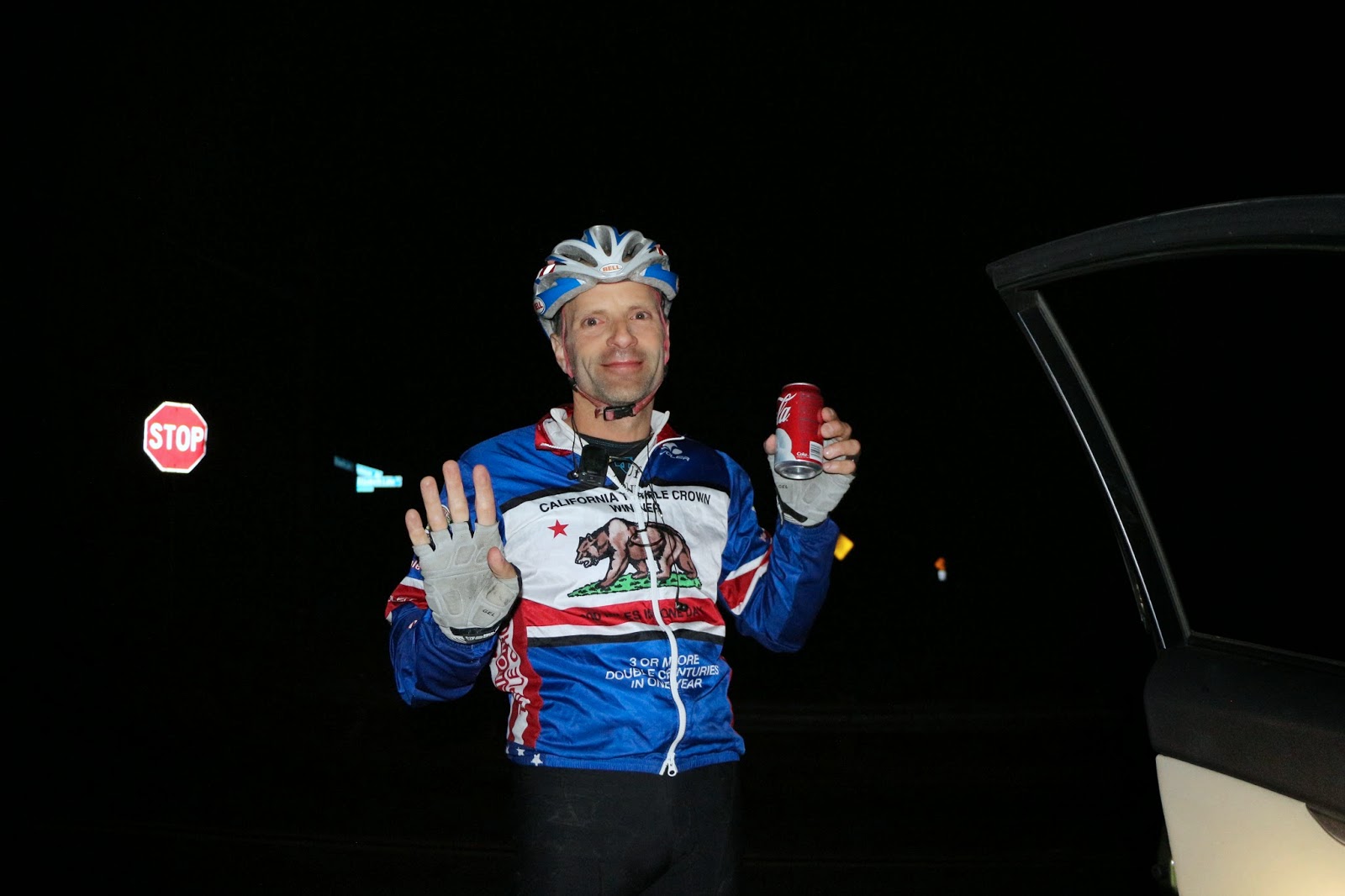 With 20 miles left, he assured me he was ‘good to go’ and asked me to please go back to the start/finish to wait. After a quick mental calculation about his ability to finish the ride, and my ability to let him ride the rest unsupported, we made a deal. I would wait fifteen minutes after he set out, leapfrog him one more time and, if all was good, wait for him at the finish line.

Just over an hour later, as the sky began to brighten in predawn Santa Clarita, I saw his headlight coming down the main street.

We didn’t finish the ride together.
But together we finished the ride. 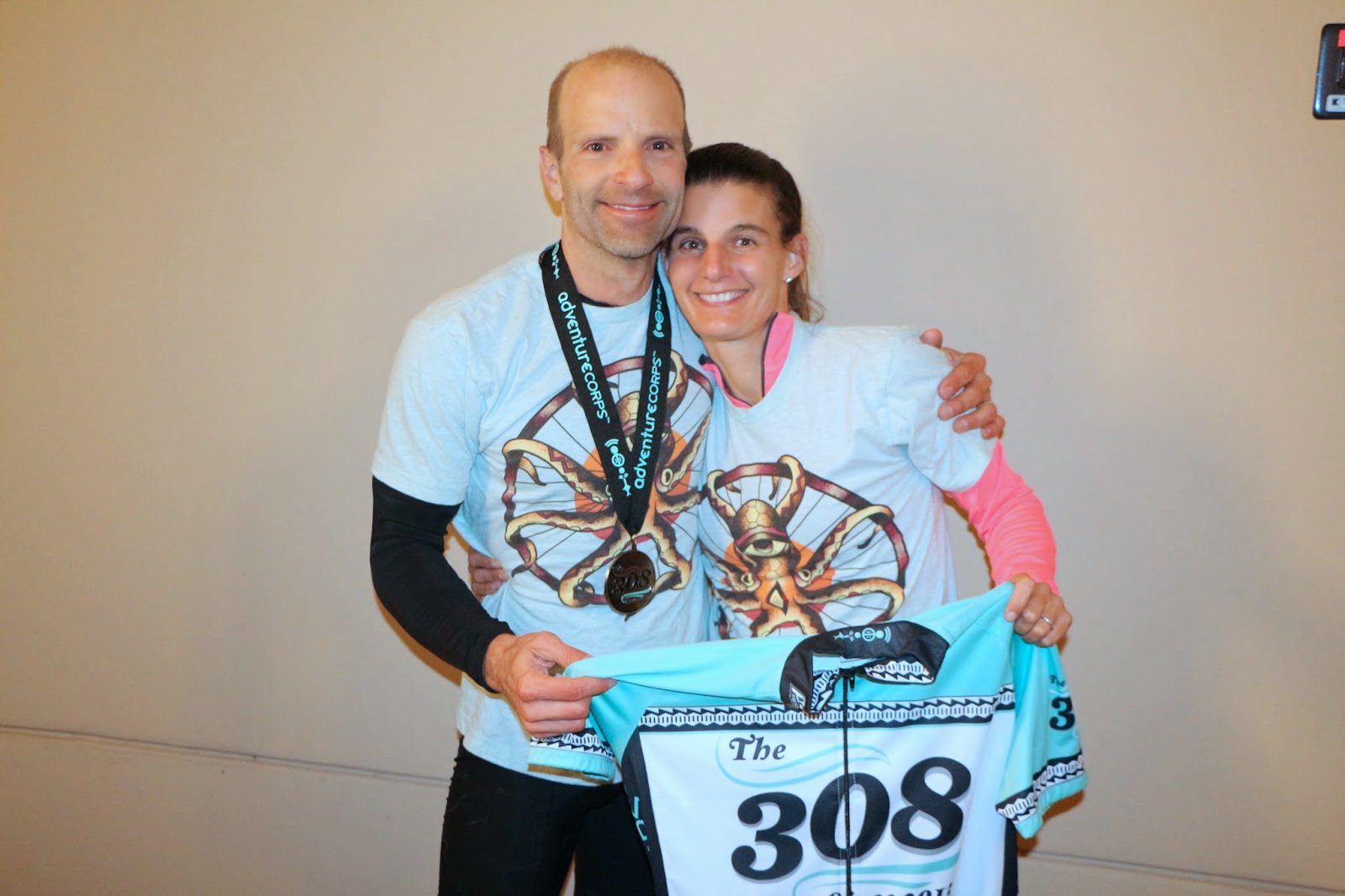 There were times when, by the very nature of the challenge, Brandon had to ride alone. And there are times my path has had only room for one.

Perhaps there are no coincidences.

I spent my first cancerversary surrounded by amazing men and women who not only understand suffering but understand how to transcend it and allow the experience to make them stronger.

Adversity happened. And it will happen again and again. It’s what I do in the face of it and in the aftermath that creates the value of my life.

Posted by coffeemommy at 8:43 AM